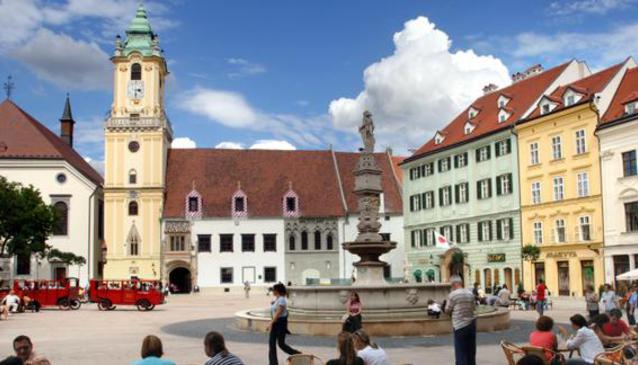 Bratislava City Museum was founded by the Bratislava Resident's Association in 1868, and its first exhibition opened in 1872.

It comprises several institutions, including the Museum of Arms at Michael's Tower, the Pharmacy Museum, the Museum of Clocks and the national cultural monuments of Devín Castle and the former Roman settlement of Gerulata.

Of the buildings in which the museum is located, the most valuable in terms of architecture and art history is the medieval Old Town Hall, which resulted from the connection of two burgher houses (those of Pawer and Unger) to the original house of Mayor Jakub.

The museum has several collections: historical, numismatic, pharmaceutical, decorative arts, archaeological, ethnographical, sculpture and ironmongery, and science and technology. As a result of archaeological digs conducted in Bratislava – principally, of the castle in Devín and of the site Gerulata in Rusovce – the museum ranks among the foremost archaeological institutions in Slovakia.