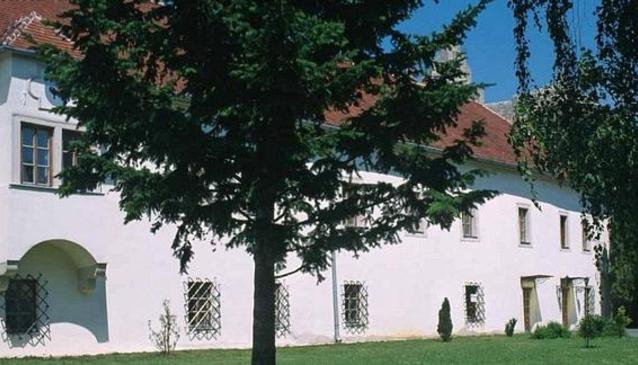 The ancient castle of Beckov belonged to those patrol castles of Váh Valley. It probably existed in 12th century as a royal castle and the centre of relatively extensive domain. To its most well-known owners belonged Matúš Čák of Trenčín, Ctibor Ostoja of Ctiborice and his son Ctibor II. Later the proprietors would frequently alternate. The castle was able to resist the Tartar hordes and Turks, but burned down in 1729 and since has lain in ruins.

The small town Beckov has had a famous and moved history left behind itself. In its era it belonged to the seats with the highest population of aristocratic and yeomanry families throughout Hungary. The reason is that a numerous group of refugees, trying to escape the Turks, had settled down in here (the southern part of the country was occupied by Turks). The fact of this settlement is till present shown in the number of manors and mansions. Inside one of them, belonging to Ambro family, resides an exposition of Trenčín Museum, devoted to Beckov's history and celebrities who either were born or worked here.

Ctibor Ostoja of Ctiborice came from Poland. As a loyal duke and courtman of the emperor Sigismund of Luxembourg he obtained many properties for his merits in the battles against Hussites and Venetians. Thus he became the one of the most powerful magnates in Hungary. His son Ctibor II was very educated. To the most well-known persons of Slovak later history belongs a national rioter Jozef M. Hurban. Among the next countrymen of Beckov we could find a famous painter from the turn of 19th and 20th century whose name was Ladislav Medňanský. His relative, the explorer and baron Alojz Medňanský had for the first time systematically described the area of Váh Valley in his work 'A Picturesque Voyage Down The River Váh' from the half of 19th century.

Beckov is also substituted in the sphere of nature-scientific research. Dionýz Štúr, the one of the representatives, was a geologist and fytapathologist with worldwide fame. The doctor Ján Ambro was a pioneer in the sphere of medicine and especially parturition practice.

Inside the exposition rooms a visitor finds exhibited historical furniture from gentry interiors, art works, wooden plastics of a sacral and profane type, the pictures of Ladislav Medňanský, but also the produces of folk art and art craft. In the courtyard, there are exhibited some old carriages and machines.