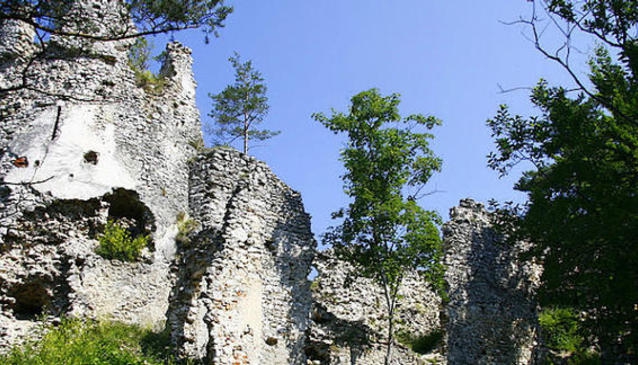 Ruins of the Blatnica Castle stand near the village Blatnica on the low but sharp limestone ridge, which separates Gaderská dolina valley from the Turcianska kotlina (basin).

By the end of the 18th century, Jozef Révay had the castle repaired after the Rebellion of Estates faded out and after the fire in 1722, but in spite of it, the castle fell in decay as it was inhabited only until 1790. Apart from the castle walls only the remains of domes and barbican survived.

The castle is currently undergoing essential reconstruction thanks to the Civic Association 'Diadém - združenie záchrany hradu' and its generous donors.