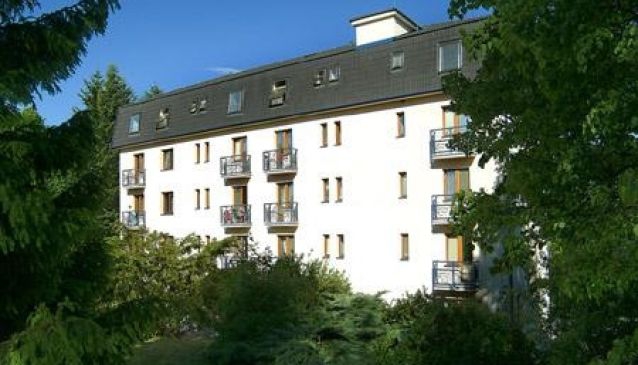 The Natural Health Spa Smrdaky lying next Senica in the west of Slovakia became famous for its sulphuric medicinal springs known here since the 16th century.

Baron Joseph Vietoris founded the spa in the years 1832-1833. He built the first spa building and manor house for well-to-do visitors. The repeatedly reconstructed and modernised manor house is still used.

Due to the composition of the local medicinal water and excellent therapeutic results, the spa concentrated on therapy of skin diseases in the 20th century.

Composition of medicinal water of Smrdáky is indeed unique. One litre of the local water contains more than 3,100 mg of mineral components. The hydrogen sulphide content is especially high (more than 600 mg/l), which makes the Smrdáky water the most sulphurous water in Europe. Sulphurous mud is also highly curative.

The spa consists of several empirical buildings. Although they were repeatedly reconstructed they keep the original appearance.