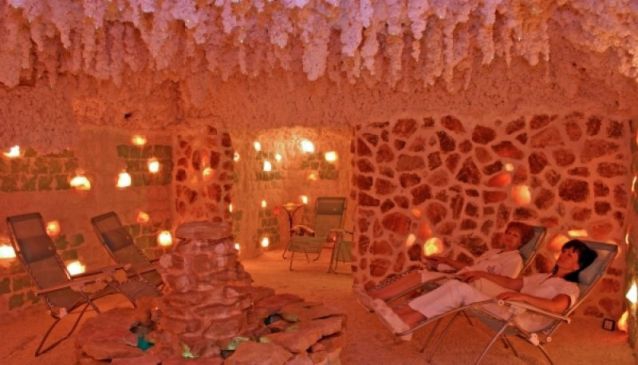 Suspicious clear but little salty and sparkling water was found in 1953 while building a wall of a dam lake near Nosice. During hydro geological research this carbonic water containing various trace elements including potassium (K), magnesium (Mg), chlorine (Cl), iodine (I), sodium (Na), calcium (Ca), iron (Fe) was trapped in several boreholes. The foundation induced a wave of interest within the public. In some cases drinking of mentioned water caused improved health state of employees working there. This was noised quickly and people started to believe in the miracle healing effects of local water. Under the pressure of public awareness and after proving positive medical influence on human health decision was made to use the water for balneal purposes. Firstly, the main focus was on respiratory and digestive systems. Nowadays, indication list is enhanced and includes different groups of health problems.