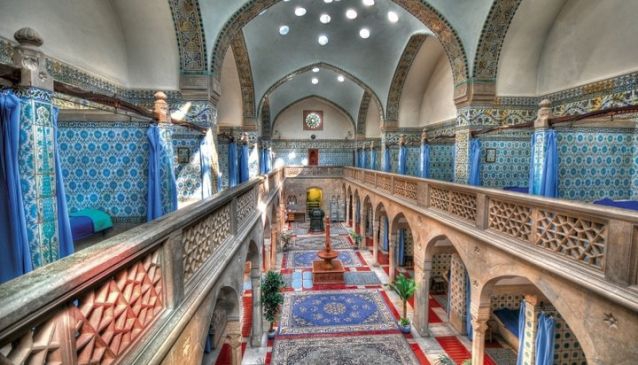 Medical care in the Spa Trenčianske Teplice has long tradition (the first written reference of the spa is from 1247) and it is based primarily on the use of natural sulfurous thermal water.

Currently, in addition to thermal water, a wide range of medical methods in the field of curative rehabilitation and physiotherapy is used.

The spa is specialized in the treatment and prevention of musculoskeletal diseases, conditions after operations and injuries, chronic rheumatic diseases in some lifestyle diseases, occupational diseases and psoriasis.

The uniqueness of healing thermal water

The spa belongs to the oldest and most popular spas in Slovakia for the treatment and prevention of musculoskeletal diseases. Sulphurous thermal healing waters here are special thanks to the optimal temperature of the springs, from 37.7 to 40ºC (99.86 to 104.0ºF), which allows their direct use without heating, cooling or further processing. Thermal bathes are therefore an integral part of each of our stay.

The spa town is situated in the western part of Slovakia in the middle of a 17 km (10.63 mi) long valley. Surrounding forested slopes and perfectly protected location of the spa create favorable conditions for year-round operation of the spa and many recreational activities.

Trenčianske Teplice is one of the few spas that have retained their purely spa town nature. It is mostly thanks to its location that the known novelist Moric Jókai named in the last century as the 'Pearl of the Carpathian Mountains'.

A large spa park with a lake and surrounding natural scenery is the best place for your to rest and relaxation. In its romantic location, the spa resort has excellent transport accessibility – only 10 km (6.3 mi) from the motorway exit (Nemšová/Trenčianske Teplice).

The spa, which with its quality service and good reputation also attracts a varied foreign clientele, hides not only Slovak, but even a European uniqueness. It is the Turkish hamman spa, built in the 19th century, which is part of the spa complex.

In the 19th century, the Hammam was an attraction and during its time, the most expensive bath in Trenčianske Teplice.

Currently it is used for massages and as a relaxation room after taking a bath in the thermal spa Sina.