Sport by Type Sport by Region 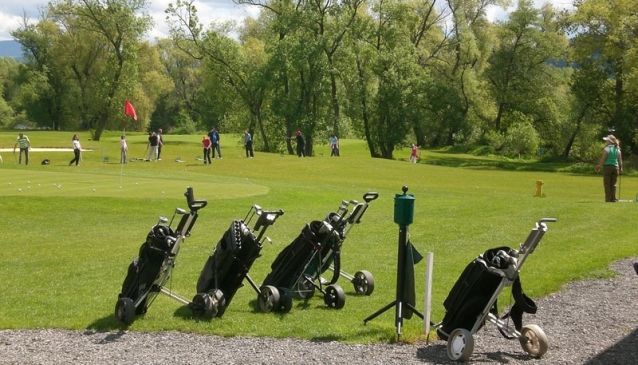 Golf & Country Club Hron is planning to build a public golf course in the 'Tri Duby' location in a close vicinity of the Sliač Airport on both banks of the river Hron. In the first phase, the building of the suitable infrastructure as well as the construction of the driving range with a covered driving area including the chipping and putting green, the garage, the equipment storage building and the club house was completed.

The opening of the first phase took place in October 2004. At the same time, the training of the basics of game of golf along with the lending of the golf equipment and selling of the basic golfing accessories has begun.

In the second phase, a construction of a 9-hole course will begin with a completion scheduled for August 2006.

In the third phase, the completion of the 18-hole course, which will enable a full golfing experience, is planned.

During this whole period, there is going to be a recruitment of new members taking place with a planned members base of a maximum of 250 members for a 9-hole course and 500 members for an 18-hole course.