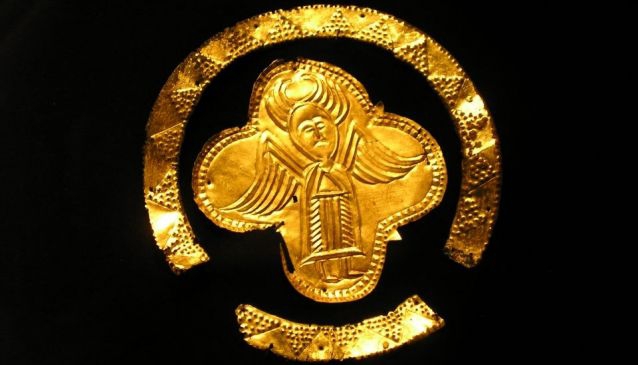 The newly opened Archaeological Museum of Great Moravia in Bojná invites visitors to explore the beginnings of the national history of Slovakia. It is probably the youngest museum in Slovakia as it was inaugurated on 19 May 2012, however, it has been well known to both local as well as foreign cultural public since 2007, when a permanent exhibition of archaeological findings called Bojná - Economic and political center of Nitra Principality was made accessible in the cultural center of the village.

In the museum extraordinary rare archaeological findings from fortified settlements Valy and Bojná can be found.

The exposition includes over 1,000 items documenting the life and work of the Slavic ancestors in the 8th - 9th century. At that time the fortified settlements in Bojná were an important economic, political and military center of the Principality of Nitra.

Among the exhibits unique portable gold plated plaques from a portable Christian altar are dominating, which as the very first in the central European history includes a written text, as well as a rare bronze bell, the only one of its kind in Slovakia. How important the bell is shows the fact, that there are only three more of them on the old continent, two in Vatican and one in Schleswig, in the northern part of Germany.

The museum is barrier free!