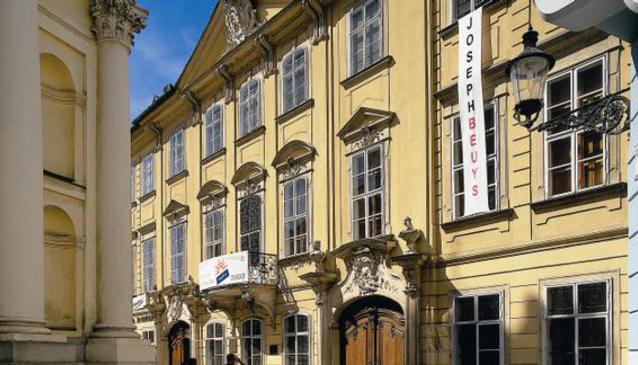 The last private owner, Emil Mirbach, left the palace to the city with the wish that it use the premises for the City Gallery.

A ceramic stove and two smaller halls on the first floor, covered with wooden panelling featuring valuable contemporary coloured engravings, have been preserved from the original interior of the palace. Part of the palace is also devoted to temporary exhibitions.

This exhibition of almost 100 works of art documents a specific stage in the development of the history of art in central Europe. It places great emphasis on the works of masters who contributed to the development of baroque art in Slovakia, as well as on the works of artists closely related to Bratislava, such as Jozef Kurtz, Paul Troger, Franz Anton Palko and Xaver Messerschmidt.

Naturally, 18th-century art in Bratislava came under the influence of Vienna, whose closeness enabled it to mediate artistic inspirations from French and especially from Italian baroque art. Principal subject matter for such work included religious scenes and official portraits.