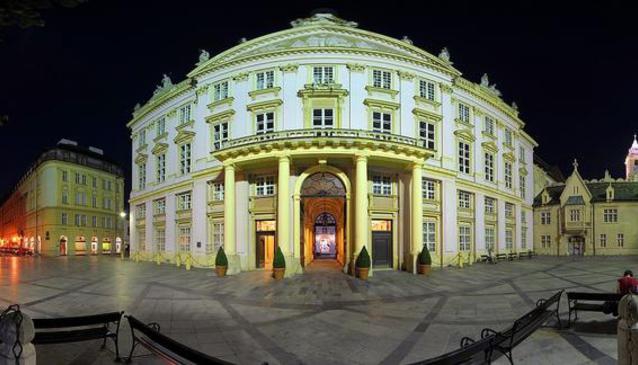 The Primatial Palace, regarded as the most beautiful Classicist building in Bratislava, was built in 1778.

Entry to the palace offers visitors the chance to see its famous Hall of Mirrors, the scene of many historic events, most notably the signing of the Peace of Bratislava following Napoleon's victory over Austria-Hungary at the Battle of Austerlitz in 1805.

Also on show in the palace are paintings from the Bratislava City Gallery's collection of 17th-century Dutch and Flemish and 16th- and 17th-century Italian paintings, as well as a unique series of English-manufactured tapestries. These were discovered hidden behind wallpaper during a reconstruction of the palace following its acquisition by the city in the early 20th century. They are now known to have been made in the royal tapestry works in Mortlake, England, in the 1630s. They form a series of six, depicting the ancient legend of Hero and Leander and their tragic love for each other.