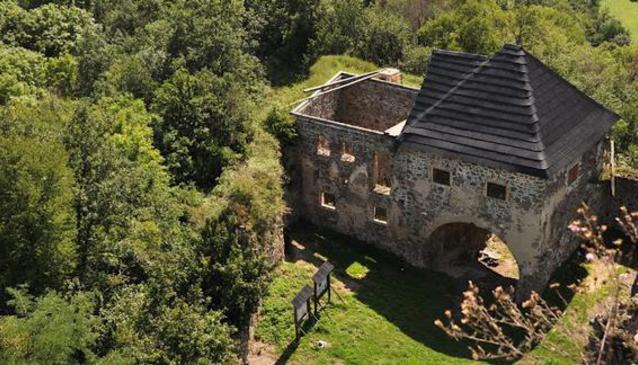 Ruins of the Cabrad Castle are in the Krupinská planina (plain) in the south of central Slovakia.

This originally sentry castle first mentioned in 1276 was built to guard the road leading to central Slovakian mining towns. In the 16th century it was rebuilt to the counter-Turk fort, which successfully resisted all Turkish raids. The Koháry family acquired the castle in the 17th century. They later moved into the more comfortable manor house in Svätý Anton and had the castle burned in 1812. The castle had been decaying ever since.

The castle hill of Cabrad and its environs is now the National Nature Reserve with the abundant occurrence of reptiles - grass snakes above all.

The castle is currently undergoing essential reconstruction thanks to the Association 'Združenie RONDEL' and its generous donors.