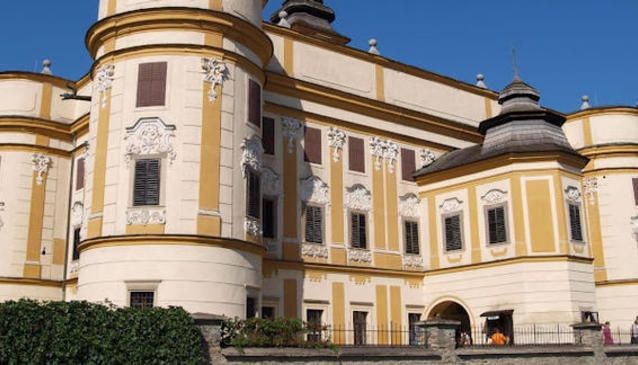 One of the most gorgeous buildings of eastern Slovakia is situated in the southern part of the Spiš Region. It is the Chateau Markušovce.

The chateau was built in 1643 in the renaissance style and is connected with the name Máriássy family. In 1770 - 1775 the chateau was rebuilt in Rococo style. In the year 1933, the rest of the Máriássy's properties was bought by Alexander Wieland. In the year 1945 the properties together with the chateau was confiscated by state. In 1950 it was adjusted for museum purpose. From 1959 until 1984 it served as furniture museum. After the reconstruction works was in 1994 installed an new exhibition of historical furniture. The furniture exhibits are enriched by a large number of exhibits from applied art, articles from art history, porcelain and glass from Austria, England, Holland, France and collection of garments. The exhibition shows the development of furniture styles in different periods. On the first floor is exhibited furniture from Renaissance, Baroque, Rococo, Classicism, Empire and Biedermeier period. The last exhibition room on the first floor is called the conference hall of Csáky family where is furniture in neo-Gothic style.

The ground floor of the chateau is devoted to historicism (neo-style), the Art Nouveau style and furniture from the beginning of the 20th century. The exhibition is enriched by collection of pictures. The collection includes works by such remarkable painters as János Rombauer, József Czaucik, J. Muller, Johann Jakob Stunder. Of special interest is collection of pictures 'Allegory of senses' from 18th century.

The chateau stands in a French park with three graded terraces. A summer villa named Dardanelle stands on the highest of them.