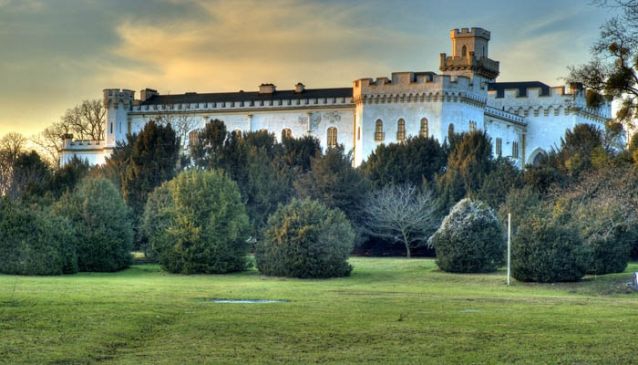 The architectural feature of Rusovce - the urban district of Bratislava - is the impressive neo-Classical chateau built in 1840 on the site of an older mansion from 1521.

The chateau acquired its attractive facade by application of the Romanticizing style of what is called the Windsor type imitating the English Gothic style. It has towers, battlements and a central risalit with terrace. In front of the chateau is the statue of a lion standing on a pillar. A big park belongs to the chateau as well. The chateau is used by the folk ensemble SĽUK, which moved here in 1951.

The Office of the Government of the Slovak Republic now administers the chateau, hence it is closed to public.