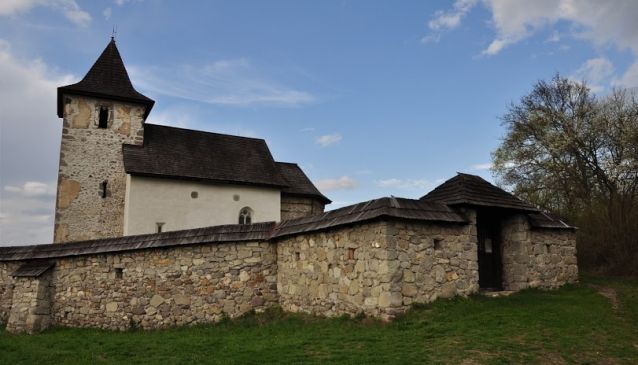 Directions to Church of St. Matthew in Zolná

In the village of Zolná, founded in the second half of the 13th century (somewhere around 1280), is preserved the initially early Gothic St. Matthew Church, having been reconstructed in the following centuries. The church nave and presbytery are decorated by the Gothic murals dated from the 14th century. Due to the preserved medieval murals the church in Zolná belongs to precious cultural heritage.

The Church of St. Matthew (initially devoted to St. Stephan, founder of Hungarian Kingdom) is a nice example of late Romanic and early Gothic architecture from the central Slovak country. The church is well known for something, what brought His Royal Highness Prince Charles to Zolná back in 2000 - its late Gothic frescoes probably of Italian origin. Such frescoes we can notice in the interiors of more than 20 central Slovak small churches, mainly in Gemer and Pohronie regions, for instance in Očová, Sliač-Hájniky and Čerín. The fortified area is locked.