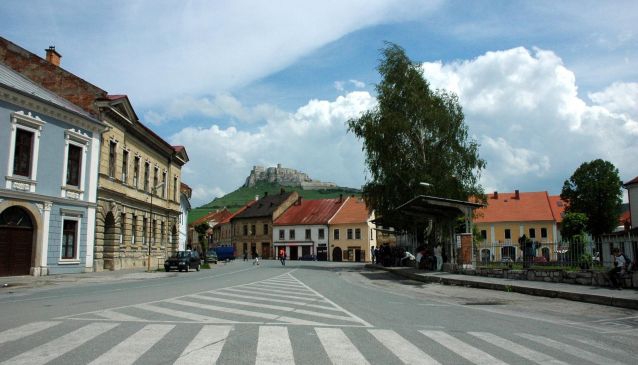 The town of Spišské Podhradie was inscribed on the UNESCO World Heritage List already in 1993.

The first church, destroyed in a Tatar raid, was rebuilt in Romanesque style in 1258-73, probably by the same Italian masons who constructed the first castle. It was granted town privileges and became an important textile centre for its large Saxon community during the 15th century, when much of the town was reconstructed and fortified, but it fell into economic decline after the Reformation.

The street pattern was laid out formally in the 14th century and extended in the 15th century. Following a fire, most of the houses were rebuilt in Renaissance style. The central point of the town is the Church of the Blessed Virgin Mary, surrounded by town houses. A number of stone two-storey houses still survive, embedded in the fabric of later (largely Renaissance) structures.

The town square assumed its present form in the 15th century, round the church. A block of Baroque houses, along with the church and monastery of the Order of Brothers of Mercy, has closed the south-east side of the central square. (Source: UNESCO)