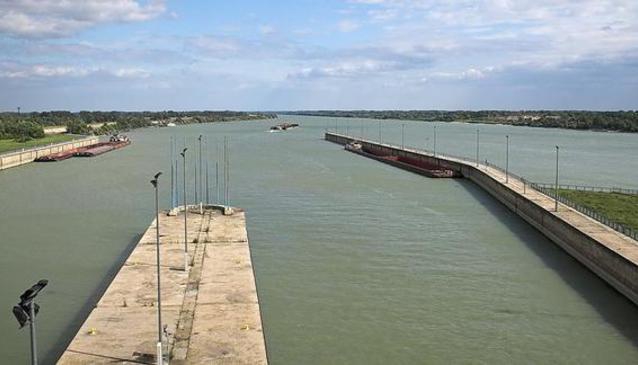 Directions to Hydroelectric Dam in Gab?íkovo

The project, involving Hungary and Czechoslovakia, was agreed on 1977 ('Budapest Treaty'). The treaty envisioned a cross-border barrage system between the towns Gabčíkovo, Czechoslovakia and Nagymaros, Hungary. But in May 1992 Hungary terminated the treaty from 1977.

Czechoslovakian government decided to switch to an alternative solution on smaller scale (known as 'Variant C'). The artificial canal would be started at Čunovo, a village in Slovakia, and the Gabčíkovo power-plant would operate in run-of-the-river mode with no water level fluctuation.

The main aim was to divert part of the river into artificial canal to the hydroelectric power plant near Gabčíkovo, to provide clean source of electric power (it provides 8% of the total annual energy of the Slovak Republic), to eliminate regular flooding and they have tried to take advantages in the dam for recreation and tourism.

There is an option to see all the brilliant phenomena of nature by having a boat trip along the Danube. You can choose from two sightseeing round-trip and from four boat trip to Čunovo, Štúrovo, Esztergom (Hungary) and Budapest (Hungary). Depending on the chosen route, the trips last from 1 to 5 hours.

Danube is the second largest river in Europe serve as a part of Rhine-Main-Danube Canal. According to that the requirements for the save river navigation has increased.

Next to the village Vojka nad Dunajom is a port with ferry transportation which enables the connection through the canal to Kyselice. For the better and faster transportation 7 fords where eliminated therefore created better conditions for the river navigation.