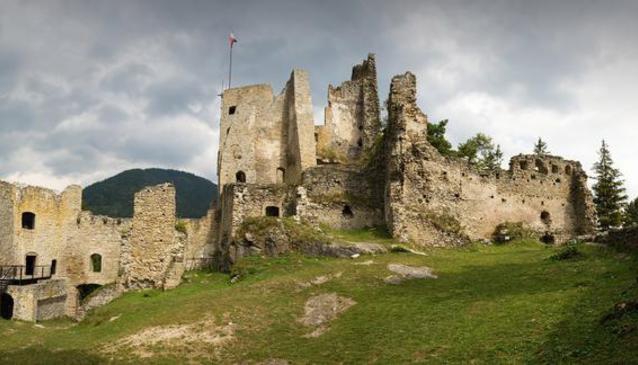 Its construction started with the intention to have a guarding point over the passage across the river Váh and the trade route from the Váh Basin to Orava and further to Poland.

The owners, the noble family of Hunyady, gradually reconstructed and widened the core of the castle and built the part called the lower castle in the second half of the 15th century. In the second half of the 17th century, the Thökölys eventually finished the entire fortification system though it was of no use as it did not prevent the disaster at the beginning of the 18th century when the retreating troops of František Rákóczi completely pulled down the castle in 1707 and gradually decayed in ruins. After a thorough reconstruction in recent year the tower Hunyadyho veža was opened to public. It contains the exhibition of the castle history.

The castle is undergoing essential reconstruction at the moment thanks to the Association 'Združenie na záchranu likavského hradu - Hortus de Likava' and its generous donors.