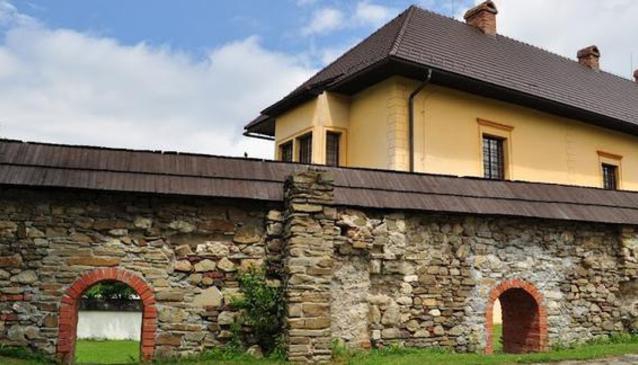 The manor house in the village Radoľa in the north-west of Slovakia is one of the oldest historical objects in the Kysuce region.

It is a Renaissance type of yeoman residence, which was reconstructed in the second half of the 17th century. It stood in the centre of the Budatín estate owned by Szúnyog family and there were also stables, barns, a brewery, a mill, a sawmill, etc. New residential premises were built upon the reconstruction and the manor was inhabited until 1977.

After a reconstruction, a permanent exhibition of the Kysuce Museum has been there since 1983. On the ground floor there is an exhibition Earlier History of Kysuce. However, at present it has the title Earliest History of Kysuce from the Upper Paleolithic Age to the Middle Ages and provides information about the earliest settlement in the Kysuce region. An exhibition of Burgher Dwellings in Kysuce has been installed on the first floor, briefly presenting the history of burgher dwellings in Kysucké Nové Mesto and Čadca.

In 2008, a new exhibition called Handicraft traditions in Kysuce was open. It presents guild and folk crafts that existed in the past in Kysuce.