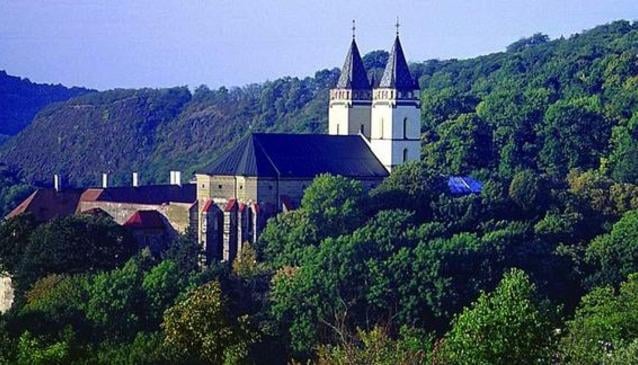 Pursuing the historical documents King Gejza II decided to found the monastery in 1075. It was built with the aim to colonise the scarcely inhabited valley of the river Hron and promote the Christian ideas in the region. The King donated spacious lands to the Abbey.

The oldest part of the monastic complex was the Romanesque basilica consecrated in the above-mentioned 1075. On its foundations the surviving Gothic basilica of St. Egidius was built in the years 1346-1375. The monastery was rebuilt into a fort supposed to resist Turkish raids in 1537. Walls and canon bastions were added then. However, construction of fortification also meant destruction of some of its Gothic parts. They reappeared in altered form during the period of Romanticism reconstruction carried out at the end of the 19th century.