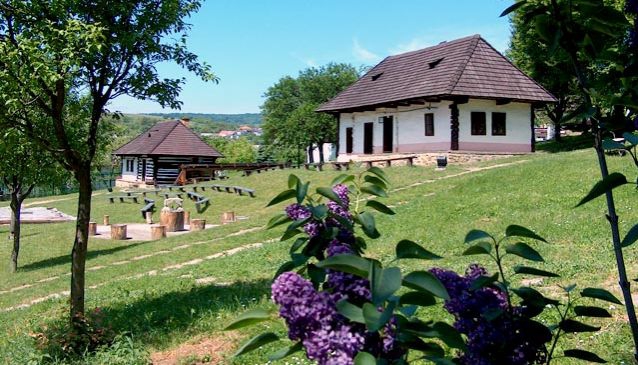 Directions to Open-Air Museum of Folk Architecture in Humenné

Humenné is the locality in the north-east of Slovakia. Its originally Renaissance manor house from 1610 was reconstructed in the Baroque style, which imitated French architecture in the 19th century.

The open-air museum exhibiting folk architecture is in the garden of the manor house.

Visitors can contemplate the architectural feeling, tradition and skills of the locals on a small space. One of its exhibits is the National Cultural Monument, the wooden church of St. Michael the Archangel from 1764 with Baroque interior and icons, which was moved here from the most eastern situated Slovak village Nová Sedlica.

The open-air museum is accessible to public since the 1980s. Its 15 structures represent the popular wooden architecture of the east Carpathian region. Along with typical houses with original furniture, the exhibition also contains farm buildings, blacksmith workshops and mills.