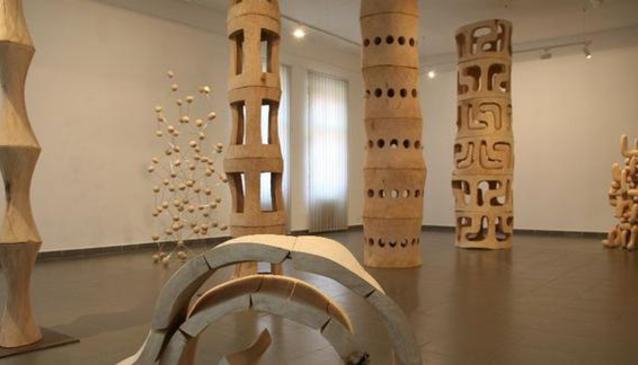 Its main characteristic feature is the merging of professional arts with the folk visual expression that can be followed from the Gothic period up to the 19th century.

The Late-Gothic, Renaissance, Baroque and Classicist churches in Orava, their decoration of the interior, furnishing, paintings and sculptures are the best pieces of evidence of this pervading.

It is interesting how different kinds of arts were spread geographically as it was the religion of the inhabitants of Upper and Lower Orava that influenced it. Ornamental and figurative paintings and the decorative elements as well, were more characteristic to the region of Lower Orava where the Protestants prefered the surface decoration and the figural themes were less used. Under the influence of the antireformation movement coming from Poland, carving the wooden sculptures and cutting the stones became more typical to Upper Orava.

Because of the economic decline, the old visual understanding of the saints were kept in Orava much longer than in other regions of Slovakia. Even in the 20th century the paintings, sculptures and reliefs of the saints still have a place in lives of the people of Orava, they still have their original function. It is there, where the belief of people and the Church assigned them to protect a man, his family, work and property. They were situated in chapels, on crosses and columns near crossroads, in niches on the house fasades and at cemeteries.

The Orava Gallery was founded on November 3, 1965. Its task was to collect pieces of visual expression of Orava in such a way that not only the typical characteristic features of the folk artists from Orava would come to the fore but also the intensity of the expression, abundancy of artistic forms in folk but professional arts as well and the differences among artists standing on different levels of understanding of the world and its artistic reflection.