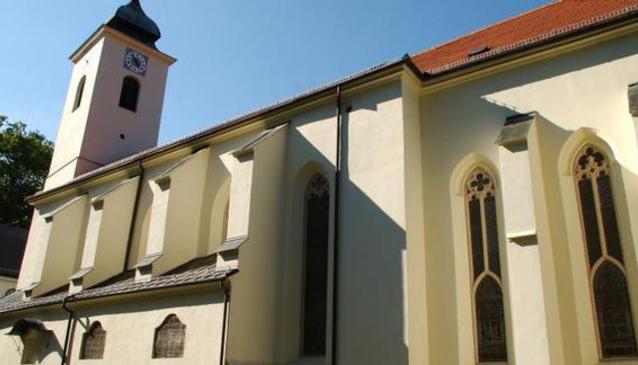 Directions to Pilgrimage Church of the Virgin Mary Birth

There are seven alters in the church's nave, five of them are baroque from the years 1717 -1735: St. Michael the Archangel, St. Joachim, St. Joseph, St. Paul the traveler and St. Theresa from Avil.

In the presbytery of the church there is a late Gothic alter from 1877. The interior of the church is decorated by a baroque pedestal, from the year 1720, a renaissance christening bath, from the second half of the 17th Century, organ wardrobe from 1730 and pictures of the stations of the cross.

The statue of the sitting Madonna from the end of the 14th century, allegedly cut from a pear tree wood by some hermit, adorns the altar. As there are few Romanesque monuments preserved in Slovakia, Madonna of Marianka with the Romanesque flair is highly appreciated. In front of the church the Late Baroque statue of St. John Nepomuk stands.