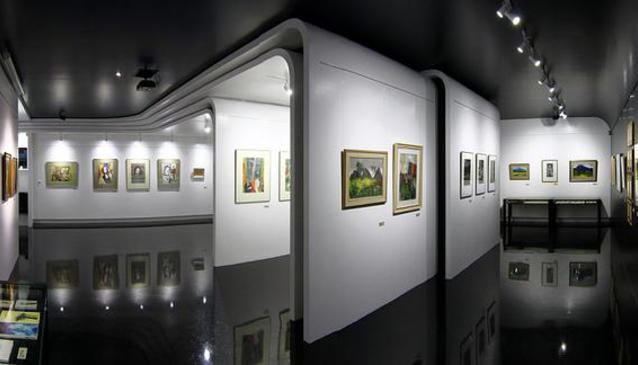 Ivan Rumanský (1944-1990) devoted his entire life to painting, drawing and graphic arts. Sadly, his talent could not fully developed due to illness he was struggling with until the end of his life.

His works often show embracing lovers, couples, weddings, as well as women's portraits. All his portraits carry one curiosity, namely that they never had names, even women often were without any face. Ivan was seriously ill and died at young age.

Igor Rumanský (1946 - 2006) was concentrated his work on a graphic illustration, stamp design and ex libris. He illustrated about 150 books, mainly from Milan Rúfus (Slovak poet, essayist, translator, children's writer and academic). The gallery is unique also for its exceptional architectural design.