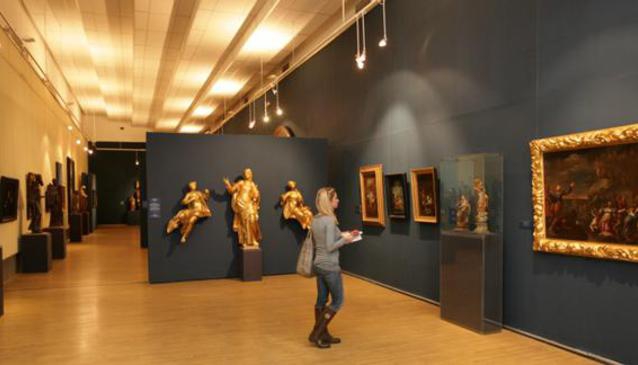 The Slovak National Gallery was founded in 1948 as the top state institution in the fields of art history, art collecting, scientific research, culture and education.

The gallery in Bratislava consists of a complex of buildings. The central building was originally a four-wing baroque residence on the Danube embankment (hence its name the Water Barracks) built in 1759-1763 (after a design by architects G.B. Martinelli and F.A. Hillebrandt). This was later reconstructed and an extension was built (1969-1977; designed by architect V. Dedecek) to meet new requirements.

This new permanent exhibition presents sculptures, panel paintings and reconstructed altars from the late 13th to the first quarter of the 16th century, as well as acquisitions from the last ten years.

This exhibition presents a selection of significant works representing Renaissance, Mannerism and baroque art in Europe.

The works in this exhibition record the development of fine arts in Slovakia in the late Renaissance, and early and late baroque periods through Classicist and rococo images.

The 19th-century paintings and sculptures in this display document the development of Slovak art in connection with central European art. The works of art present a variety of styles including Classicism, Biedermayer, Romanticism, Realism and plein air painting. The main genres include portrait, landscape, still life and, from the later part of the century, genre motifs.