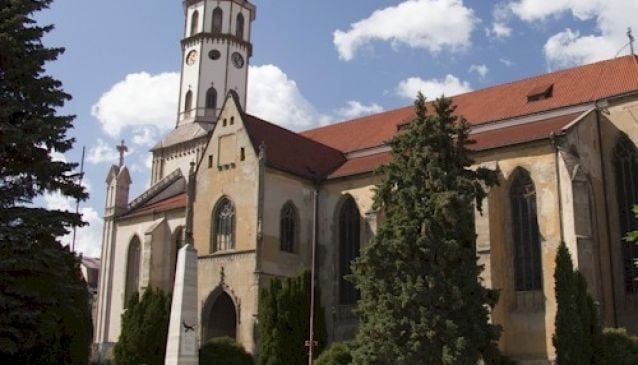 This originally Gothic church was built during the 14th century on the site of an older church. The Gothic St. George Chapel is of the same period. The tall slender tower of St. Jacob from the first half of the 19th century is the most distinct feature in the city's silhouette. Especially precious is the interior of the church, which is in fact a unique museum of medieval sacral art.

The Late Gothic main altar of St. Jacob at a height of 18.6 m is the tallest of its kind in the world. Made of lime wood in 1507-1517 in the workshop of Master Pavol of Levoča the carving, by the Master himself, is of extraordinary high artistic value, whilst the board paintings are attributed to the painter Hans. Part of them is based in the patterns of the wood carvings of Lucas Cranach.

There are another thirteen lateral altars in the church, eight Late-Gothic, two Renaissance and three Baroque ones. The collection of Gothic liturgical objects and a Baroque monstrance by the Levoča goldsmith Ján Szilassy is also of immense value.