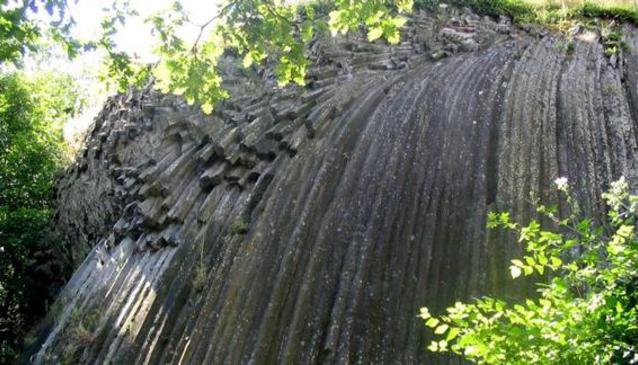 It lies north-east of the castle hill and it consists of a fan of hexagonal basal pillars. Stone sea is a large area in the middle of the near wood and it consists, as its name suggests, of a great amount of stones.

It is a result of prehistoric upheavals and the 4-million-year-old waterfall formed itself when lava from a volcano hardened.

There are only few places worldwide where you can experience a rarity of this kind!