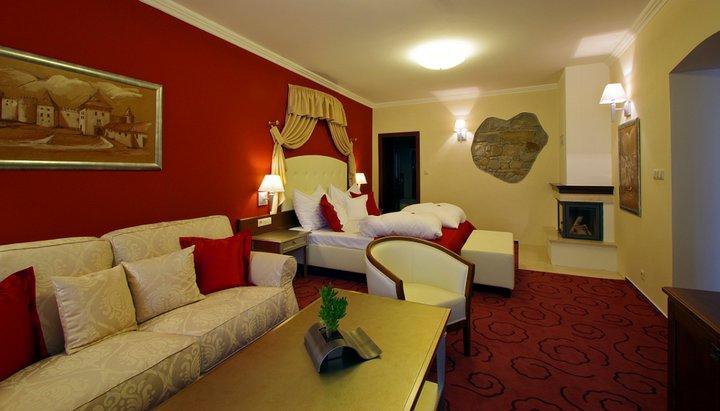 The Hotel Hviezdoslav was opened to public on April 6, 2011. It was reconstructed and finished on the basis of EU funds contributions. The hotel is named after the great Slovak poet and writer Pavol Országh Hviezdoslav, who privately lived in the house during his studies at the famous lyceum of Kežmarok. The memorial tablet hanging on the face of building shows the evidence of it. The hotel is situated in a historical object from the 17th century in a Renaissance burgher's house built on Gothic foundations, which has been recorded in the General list of Monuments Fund of the Slovak Republic.