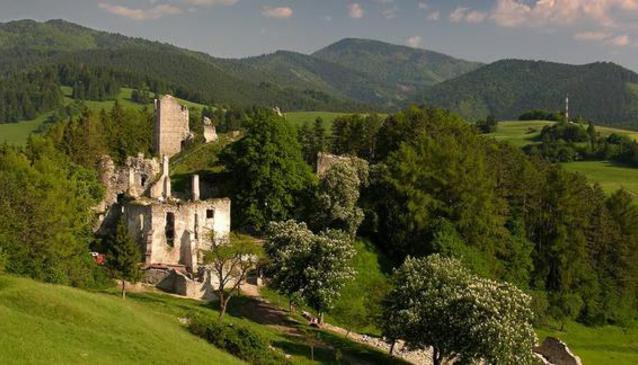 The Sklabi&#328a Castle towers on the edge of the basin Turčianska kotlina and the Veľká Fatra Mountains. It was first mentioned in 1242.