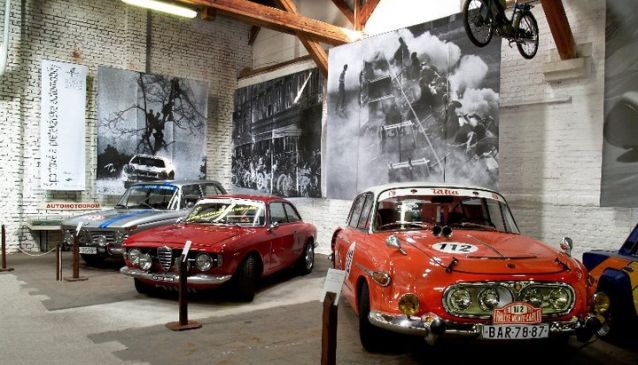 Directions to Transport Museum in Bratislava

The Slovak Technical Museum as a nationwide museum institution for the history of science, production and technology supported the establishment of the Transport Museum in Bratislava in 1999. The permanent exposure is presented by a rare collection of historical road and rail vehicles, which have been assembled through the efforts of a group of enthusiasts for the history of transport technology. The first exposure was created in 1999 thanks to three subjects - the Slovak Technical Museum Košice, the Slovak Railways and the Veteran Club Bratislava, with the support of sponsor PPA Controll, a.s.

The Transport Museum is situated in space of rail yard and adjacent stores of the first steam railway station in Bratislava from the 19th century. The rail yard where rail vehicles

are presented is the place in the territory of Slovakia where the first steam train arrived in 1848. The exposures are situated in former stores, built in the characteristic industrial style of early 20th century. The Transport Museum is divided into road traffic and rail traffic exposure.